Equine Cushing’s Disease is a hormonal disease of older horses caused by a benign growth of the pituitary gland at the base of the brain. These horses generally are around 20 years of age but the disease has been recorded in horses as young as seven years old. There are a number of hormones involved, all which act to cause the loss of the cortisol circadian rhythm, resulting in chronically increased cortisol levels.

In ponies and horses this increased cortisol causes the development of long, shaggy hair coats that fail to shed, only partially shed, or shed their winter coats late in the spring/early summer. These horses and ponies are also more prone to laminitis, infections i.e. nasal discharges, have slow healing wounds, lose muscle off their back and develop the “sway backed and pot bellied” look. Mares tend to be infertile, horses and especially ponies will be seen to drink and urinate a lot, and they will be dull or not as bright as they used to be, and rather lethargic.

Ponies seem to be more prone to developing laminitis with this disease, but there is no overall breed or sex predilection, therefore any old equine can have it.

If the horse or pony has the long shaggy hair coat and a history of shedding late or not at all then it is all but assumed that they have Equine Cushing’s Disease. For other horse and ponies that don’t obviously have a hair coat problem there are a number of different blood tests that can be done to rule in or out Cushing’s Disease.

The Overnight Dexamethasone Suppression Test is considered to be the gold standard test at the moment, which only involves taking two blood samples. The first sample is taken in the late afternoon then the drug Dexamethasone (a synthetic form of cortisol) is given immediately after, and the second blood sample is taken between 8am-12pm the next day. So for this reason we usually hold the pony or horse at the clinic overnight. These two samples are sent to Brisbane and the cortisol levels are compared.

In a normal horse the second sample should be 8-10x lower then that of the first sample, as Dexamethasone suppresses normal cortisol release. In affected horses the second cortisol sample is either only partially suppressed or not suppressed at all, some ponies have even higher levels then the night before. These results in conjunction with suggestive clinical signs confirm the diagnosis of Cushing’s Disease.

There is another disease that presents with similar clinical signs called Peripheral Cushing’s Disease or more appropriately Equine Metabolic Syndrome. These ponies have fat cresty necks, recurrent bouts of laminitis, are notoriously difficult to get weight off and some are distinctly overweight, brood mares will be difficult and repeat breeders. They will have normal Dexamethasone Suppression Test results, and need to be managed on a strict diet, as it is a similar disease to type II diabetes in people.

The treatment of these horses and ponies relies on a form of hormonal replacement therapy. The most effective drug at the moment is called Pergolide, which acts to stimulate the production of the missing hormone, Dopamine, which controls the affected part of the pituitary gland. Most ponies and horses can be maintained on this drug for as little as $1.50-$3.00 a day. They are initially assessed every two-four weeks to ensure the dose is correct to start hair shedding, muscle and weight gain and improvement in demeanor. This drug controls the hormones that the functional tumor makes. It does not have any effect on the size of the tumor nor does it stop it from growing.

The other aspect of Cushing’s Disease treatment is management. These horses and ponies are very susceptible to large worm burdens, infections, weight loss and laminitis, especially if they are not being treated medically. Therefore these ponies need regular worming, teeth checks, shoeing every 6-8 weeks and vaccinations kept strictly up to date. They also need to be on good quality diets that will not exacerbate any laminitis and in a form in which they can use, as they are not as good at digesting food as the young adult horse. Pellet diets that have been heat processed or steam extruded instead of grain mixes are much better for them. The energy is in an easy form for digestion and is digested completely in the small intestine, unlike grain, which is incompletely digested in the small intestine and if large amounts reach the large bowel can cause laminitis. Good quality Lucerne chaff and hay provide the protein required and as long as it isn’t too lush, doesn’t cause laminitis.

These horses and ponies can lead very happy and active lives. There are reports of ponies returning to the show ring, recovering from laminitis and being pain-free and living in retirement, working and successfully breeding again quite happily.

NB: The views expressed in this article are by way of general discussion only and relevant veterinary advice should be sought before action is taken. 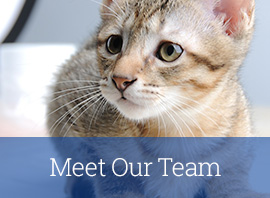 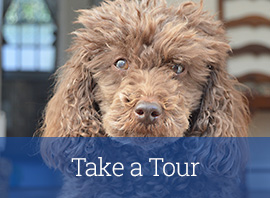